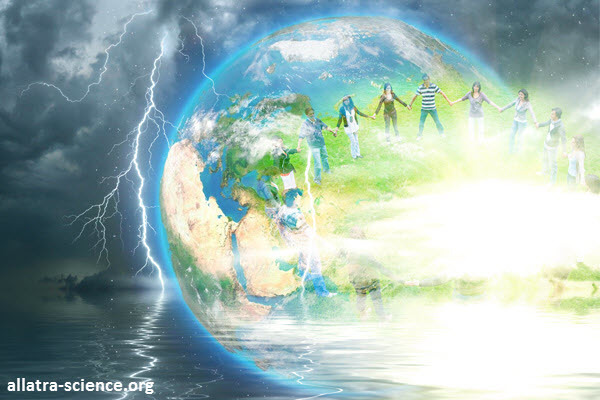 9th of November 2017 a presentation took place in the Al-Neelain university, organized by the faculty of petroleum. The topic of the presentation was “Climate Change solutions based on Allatra science. Geological perspective” conducted by dr. Olga Andreeva, participant of ALLATRA International public movement.
The main topics covered in the presentation were: the climate change, an emphasis was made on the necessity of a complex approach to the issue of climate change, taking into account the astronomical processes, the tectonic maps and crust of the North American lithospheric plate, increase in septon field intensity in the places of the origin of the tornado and other natural disasters, climate engineering. As was mentioned in the presentation, the global climate change on Earth is mostly a derivative of astronomical processes and their cyclicity. This cyclicity is inevitable. The geological history of our planet indicates that the Earth has already repeatedly experienced such phases of global climate change. Today mankind is unable to influence these processes, therefore, one should not underestimate their consequences, possible risks, and difficulties for people in connection with future events on Earth; we must prepare ourselves for these events.
The latest research in the field of the physics of elementary particles and neutrino astrophysics, which was conducted by a working team of scientists of ALLATRA International Public Movement offers increased opportunities for advanced fundamental and applied research.      A team of scientists discovered unusual phenomenon related to the change in the intensity of the septon field of the Earth.  They identified a previously unknown fact that takes place prior to a natural disaster: literally 7-8 hours before a tornado occurs, there is a sharp increase in the septon field intensity in the places of its origin and along its further route. Just to compare: on March 11, 2011 in Japan, the “Great Eastern Earthquake” of a 9.0 magnitude occurred, which was the most powerful earthquake for the entire period of seismic observations in this country. The epicenter of the seismic activity was located 130 km from the city of Sendai, so the authorities had little time to warn and somehow protect the population from the approaching tsunami because it was impossible to prevent anything. In other words, the exact time and place of the tragedy became known to the Japanese experts and authorities, in fact, a mere 11 minutes before it started.
The modern world needs consolidation and unification of scientific potential in joint activities of honest and sensible scientists from different countries who understand the harmfulness of existing system of the consumer society. Today, ALLATRA International Public Movement has in its ranks honest and talented scientists and socially responsible people who deal not only with the issues in the field of fundamental physics. Many of them are engaged in addressing the problems of environmental safety as well as coordinating and conducting fundamental and applied research in various field of science: geology, hydrology, climatology, including atmospheric physics, geophysics, biogeochemistry, hydrometeorology and oceanography. Their scientific interests also include climate engineering, more precisely, the development of its new direction and methods, which are fully safe for the ecosystem integrity and for the human activity.